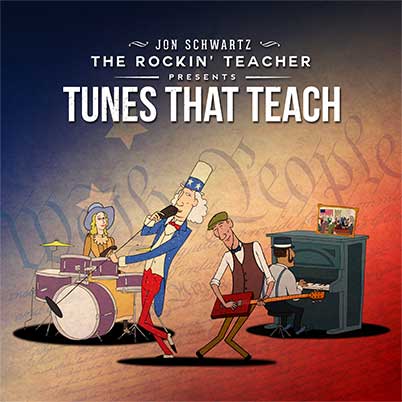 Tunes That Teach by Jon Schwartz the Rockin’ Teacher is culturally rich blues, roots, and rock music for all ages. It’s the result of an amazing collaboration between 3x Grammy-winning blues vet Dennis Walker (BB King, Robert Cray), world-class musicians, and songwriter Jon Schwartz, a veteran school teacher and musician whose work has been featured by the US Dept. of Education. It rocks and teaches at the same time with songs about The Constitution, Gold Rush, Dust Bowl, Apollo 13, Figurative Language, and The Transcontinental Railroad. 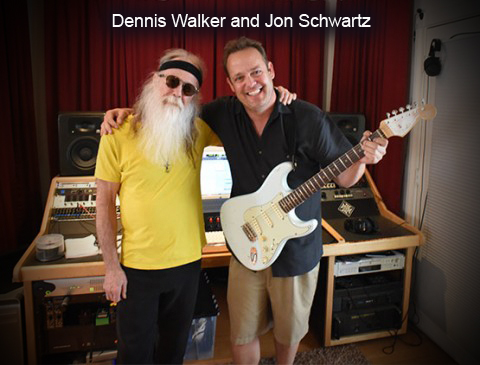 “Tunes That Teach is a natural, fascinating bridge connecting education with the hope and joy existing in the blues and its hybrid forms.” –Frank John Hadley, Downbeat Magazine

“As guitarist and vocalist for the band Little Feat since 1972, I’ve been involved in many projects, but none as unique as this. Jon Schwartz is a man with a plan. He takes students at the most teachable moment of their scholastic life and infuses a hunger to learn through music.” – Paul Barrere, Little Feat Band

“Tunes that Teach is the most satisfying record I’ve ever produced. Jon’s songs will enlighten and brighten minds; he’s a first class musician, and a major, major league songwriter and poet. The tunes are all historical glimpses, cultural information, lessons. Americana in 4/4 time. The rhythm and horn section on this record features some of the world’s best players.” –3x Grammy Winner Dennis Walker (BB King, Robert Cray)